One of my favorite mindless timewasters is to scroll through beautiful shots of computer desk setups on Instagram, cruising through #workspaces and #minimalsetups.

They're all gorgeous and inspire me to tinker with my own gear, but they also have something else in common: they're almost always multiple screen setups.

It's so stereotypical that you might think that's the norm, so I thought I’d explain why I've always bucked convention in this small way and am a huge fan of using a single external monitor instead, like in this shot of my home office from last year:

I mean, I get why multiple monitors is so appealing. It just seems logical: having more screen real estate is like having a bigger work desk. You can fit more material on it without feeling cramped. Extra monitors are so affordable now, so why not? Intentionally restraining yourself to a single display doesn't seem productive.

As far as I can tell, the science is mixed on which one is better for concentration and mental clarity.

There's evidence in either direction. Some studies say that it’s better to have more screen real estate, no matter how many displays, whereas others say that there's a higher cognitive load to constantly visually scan between multiple monitors. The effect is especially pronounced if they’re not of the exact same dimensions, with your brain subconsciously scanning the jigsaw puzzle of a big monitor next to the laptop's smaller one.

“When we think we're multitasking, we're actually multiswitching. That is what the brain is very good at doing - quickly diverting its attention from one place to the next.

We think we're being productive. We are, indeed, being busy. But in reality we're simply giving ourselves extra work.” —Michael Harris

Basically, it comes down to personal preference. I find that working on a single monitor is a more focused experience and I get into a flow state more often with a single monitor, regardless of what research says.

The opposite is true too; I always felt disjointed with more than a single display. Early in my career when I thought more was better and tried out out multiple screens, I always felt a little scattered instead, with my eyes constantly bouncing around and scanning for new info.

Also on a purely practical level for designers, it’s better for the laptop since the graphics card gets better performance from driving only one monitor, plus also being vertical means better heat dissipation.

And lastly, there's also the unexpected benefit of the laptop doubling as a headphone stand ;) 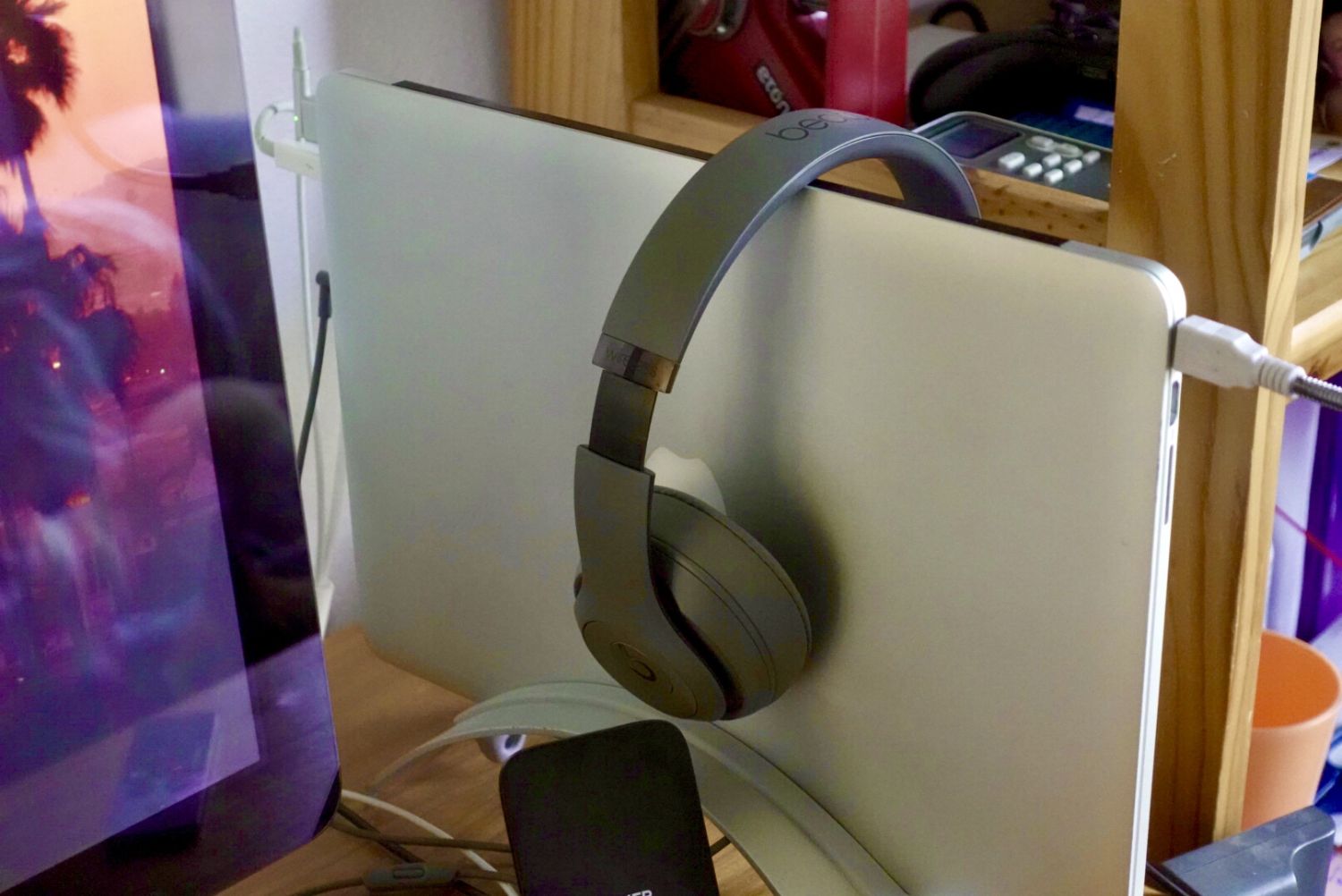 This setup might not be for everyone, so go ahead and try two or more screens if you haven't yet. But don’t feel weird if it doesn't feel right for you and you can’t put your finger on why. Try going against the grain and use a single monitor instead of the usual laptop and monitor setup.

I’ve sworn by my approach for years and trust me, it's worth at least giving a test drive to see if it's your jam too.

And in the end, that's the real takeaway, one that has nothing to do with monitors: you should learn about and try out different workflows to see what actually works well for you.